BUDESONIDE is a steroid that reduces inflammation in the body. Formoterol is a bronchodilator that relaxes muscles in the airways to improve breathing. Budesonide and Formoterol is used to prevent bronchospasm in people with asthma or chronic obstructive pulmonary disease (COPD). 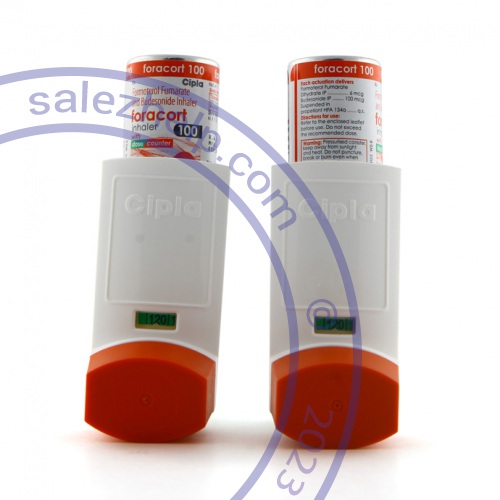 BUDESONIDE is a steroid that reduces inflammation in the body. Formoterol is a bronchodilator that relaxes muscles in the airways to improve breathing.

How should I take this medicine?

If you also use a steroid medication, do not stop using the steroid suddenly or you may have unpleasant withdrawal symptoms. Talk with your doctor about using less and less of the steroid before stopping completely.

Use all of your medications as directed by your doctor.

Do not use a second form of Formoterol or use a similar inhaled bronchodilator such as salmeterol or arFormoterol unless your doctor has told you to.

Before using Budesonide+Formoterol tell your doctor about all other medicines you use, especially: